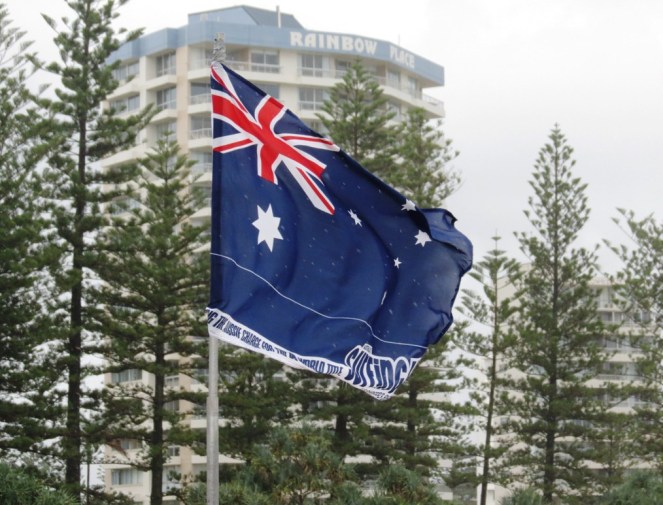 I had some fabulous ideas of the photos I would take to show you all our beautiful sunshine, the beaches, and the way so many Australians in my beachside area celebrate the anniversary of the first day of English settlement in our land of sunshine. You would see photos of families enjoying bar-be-ques at the overcrowded beaches and the Australian flag flying proudly against the brilliant blue sky, fluttering in the breeze. Can you just image it?

So what happened today? It rained, all day, so I had to resort to Plan B and you will all have to be content with imagining the blue sky!

But that’s okay, we Australians are used to making the most out of a less than perfect situation. You’ve all heard the stories about the days when the first fleet of eleven ships arrived in Sydney Cove, on the 26th of January, 1788, headed by Captain Arthur Phillip, haven’t you? The one thousand, five hundred and thirty people who arrived on those ships, seven hundred and thirty six of whom were convicts, had to make the most of the inhospitable conditions they were faced with upon their arrival.

“Farewell to old England forever,
Farewell to my old pals as well,
Farewell to the well known Old Bailey,
Where I used for to cut such a swell.” ~ Lyrics, Botany Bay.

All I needed to work around today was a bit of rain. Well, it was quite a bit of rain actually, so I took my planned photos between the showers. And it was nothing compared to the less than ideal conditions the first fleet had to deal with!

Roads and car parking areas, usually with cars queuing up for miles whilst waiting for a parking spot, were almost empty in comparrison to previous summer’s days.

I did spot a couple of interesting sights, besides the very keen surfers, who were prepared to brave the rain (they get wet swimming anyway!) despite the weather. This little pup seemed to enjoy taking a bike ride with its owner….

And I also saw a man, wearing a fluorescent shirt, unicycling along the beach side path at Kirra Point.

Our “Australian of the Year” was announced today and this year it is Australian media icon, Ita Buttrose.

Ita became one of the most recognised faces on Australian television during the 1970’s and 80’s when she began filming advertisements for the magazine which she was then the editor of, the Australian Women’s Weekly. Ita was awarded the title of Australian of the Year 2013 for “her media career as well as her commitment to not-for-profit organisations, including president of Alzheimers Australia.” 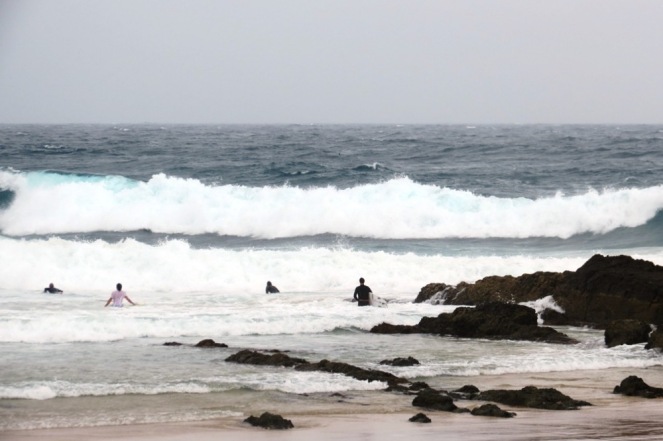 In 1980, Australian rock and roll band Cold Chisel recorded their hit song “Ita”, written about Ita Buttrose. In honour of our newly named Australian of the Year, my Aussie song for today is “Ita” by Jimmy Barnes and Cold Chisel.

8 thoughts on “Australia Day ~ In the land of sunshine (and sometimes rain!)”