On a day when far too many people expressed far too many biased opinions on (political) matters which were once regarded as a personal matter, on a biased public forum (social media) which I have considered leaving many times during recent weeks, I will share some photos of realities. This is what is happening In My World.

A drastic change in the weather provided a reprieve from the heat of the last two days. Mount Warning, however, remained in hiding all day. (Perhaps I should have done the same.) 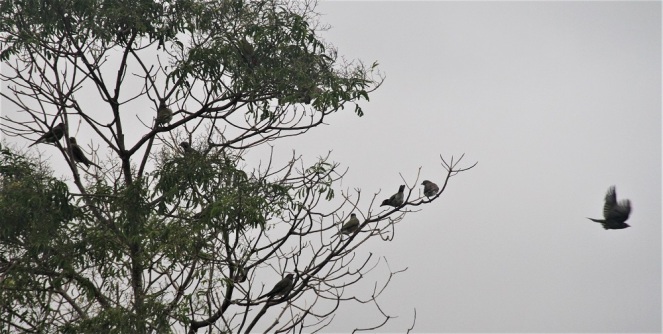 In the distance, I spotted a tree containing many beautiful song birds. When I magnified the photo, I was able to identify the birds as both male and female Figbirds.

I had a visit from four-month-old Eli, who has worked out how to roll over onto his tummy. He was mesmerised by Brontë, and it seemed the feeling was mutual. Brontë was completely besotted with Eli.

When you take away all of the B.S. in the world, isn’t love and caring the most important thing?