With my next grandson due to be born in May, today family and friends went to my daughter’s home where her baby shower was held.

‘Twas yet another day of mist and rain, although it only sprinkled for most of the afternoon.

Soon-to-be a big sister, Aurora, had a great time playing with her cousins and friends, (and sampling yummy treats!)

As for me, I had the opportunity to spend some time with my youngest – for now – grandson. ❤

So no mountain photo today, basically because I didn’t sight the mountain. The mist and low cloud has been thicker than usual lately and it’s becoming a rare event to see the mountain at all.

Further south along the coast of New South Wales, torrential rain has forced several communities to evacuate. My sister sent me a photo this morning of a field across the road from her home, which usually has cows happily munching on green grass roaming around. Today, the field is so flooded that it looks like she is living on waterfront property. She said she’s seen the water this high before, so isn’t concerned. A sight she hadn’t seen before, however, was a house floating through the “cow field” which had been uprooted from its foundations! A very sad situation it was for the poor owner of the house.

For a while now, husband has been trying to convince me to go to a local kitchen installation showroom to find some inspirational ideas for our kitchen renovation. What with uni, I have constantly resisted, but now we are actually getting into the reno, I made an appointment for 11am today.

As soon as my daughters heard I planned to go out, they organised me to have morning tea with them first! So we met at a lovely little coffee shop beside the Tweed River in Tweed Heads.

Little Aurora just loves her special “coffee” – a babycino – so seeing her so excited when her cup arrived, I just had to take a few photos.

For a two-year-old, she manages a “big girl’s cup” very well. (I think she’s had a lot of practice!)

And she didn’t plan on leaving one tiny bit in her cup! Her face looked very chocolatey by the time she had finished. 🙂

I had limited time though, so had to have a quick cuddle with both Aurora and Eli before I left. Aurora wanted to play her new favourite song for me, which is from a movie I haven’t seen yet.

And I had a big cuddle with handsome little Eli before I had to leave too. 🙂

When I arrived back at my car, I could see three pelicans in the distance, so had to take a quick photo of them before I left.

It was really worth the trip to the kitchen showroom. Everything I have on my wish-list was there – the doors and door-knobs I like, tiles, taps, cupboard fittings … we were so impressed that we have a rep coming to our house tomorrow to quote on a complete new kitchen. That will save a lot of time and effort for husband who has a million-and-one other projects to work on anyway.

The down side is that they are booked up until February next year, but we can still install the new range so we can use it over Christmas. It’s a free-standing cooker, so the new kitchen can be fitted around it.

In Mount Warning news, the valley is a tad hazy this afternoon, but we haven’t had a storm today for a change. It’s awfully humid though, so there’s probably rain about. 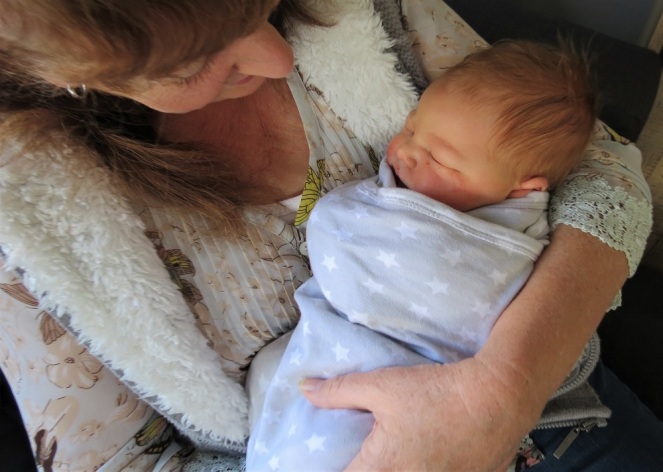 This afternoon I met my two-day-old baby grandson, Eli.

I couldn’t mention his arrival before as the proud parents needed time to catch their breaths and recover from Eli’s birth before making their announcement.

Now I can tell the world about this incredibly gorgeous little man who has captured all of our hearts with his sweet little face, bright eyes, and tiny cooing sounds. He’s adorable! We are all so very blessed to have Eli choose our family to be a part of. ❤

There’s nothing in the world that could take the spotlight off Eli today! So it was actually serendipitous that Mount Warning has spent most of the day hiding behind a combination of smoke from a nearby fire and dust stirred up by gusting winds. I took a photo anyway …

… but if there’s one photo I could add today that may just overshadow the photo of my first meeting with Eli, it’s one of Eli meeting his cousin, my beautiful granddaughter Aurora! ❤ 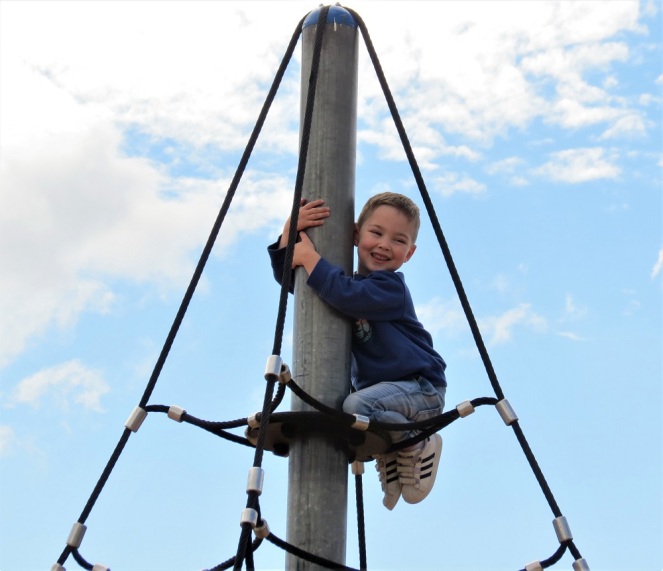